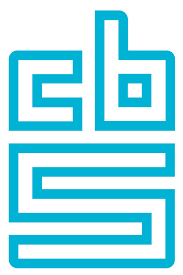 In 2016, 69 percent of the Caribbean Netherlands’ labour force (the population aged 15 to 74 years) were in paid employment. On Bonaire and St Eustatius, the employment rates stood at 70 and 66 percent respectively; on Saba, this was 62 percent. This makes Saba one of the Dutch municipalities with the lowest employment rate, according to newly released figures from the Labour Force Survey Caribbean Netherlands 2016 conducted by Statistics Netherlands (CBS).

Bonaire had 15.3 thousand inhabitants between the ages of 15 and 74 in 2016. On St Eustatius and Saba, the population was 2.4 thousand and nearly 1.6 thousand respectively. The latter island houses an American medical university, and because of this a relatively large part of its population are (foreign) students. To a large extent, this explains the lower labour participation rate.

Slightly more men than women have paid jobs in the Caribbean Netherlands. On Bonaire,72 percent of the men and 68 percent of the women aged 15 to 74 are in employment. On St Eustatius, these rates amount to 67 and 65 percent respectively; on Saba, 64 and59 percent respectively. Both men and women living in the Caribbean Netherlands primarily work full-time. On Bonaire and St Eustatius, there are however slightly fewer women than men in full-time employment, while there is hardly any difference on Saba.