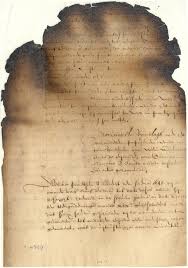 The Directors deputed by the West India Company do not deem it expedient to conjointly advise your High Mightinesses in the present instance on the affairs of New Netherland, and the places thereunto belonging, inasmuch as the superintendence thereof has hitherto been with the Chamber at Amsterdam, which, also specially declares its opinion thereupon, as to the manner that superintendence ought to be directed in future for the greatest advantage. The other Chambers have merely requested copy thereof , to be communicated to their constituents, with the understanding, however, that the aforesaid Amsterdam Chamber shall, meanwhile, remain and continue invested with the aforesaid superintendence, and provisionally put in practice, as far as possible, the following advice:

Provisional Plan for the Trade, Colonization and benefit of New Netherland and of the Island of Curaçao, Bonayro and Aruba, dependent on the said government.

Which places have been managed only by the chamber of Amsterdam since the 1645 up to this date, although it was resolved in the assembly of the XIX on the 6th of July of the same year that it should be done by the chambers in common, for which purpose a computation was made regarding the equipping of Director Stuyvesant, [ which was divided according to the quota to be furnished by each chamber respectively. ] In the meantime, the Chamber at Amsterdam undertook to fit out at its own cost two ships, namely the Princesse and Groote Gerrit. Afterwards, however, in October following, at the meeting of the XIX in Zealand, it happened that some Chambers found it difficult to share the expense, and thus this superintendence has remained exclusive to this date with the Chamber at Amsterdam.

Again, the Committee of the Amsterdam Chamber considered it would be better that those countries should remain bound to all the Chambers in common, but as trading to these places in rotation could not conveniently be carried into execution, the Commissioners, subject to a better decision, were of the opinion that it would be best that the outfitting should remain with the Amsterdam Chamber, and be done through its Commissioners, to be appointed for that purpose, to whom likewise all returns must be consigned under bond that they be responsible to the respective Chambers, to appropriate to each its contingent proportion. Now, in order to be able properly to provide good order and necessaries for those coasts, and to supply them with troops for the defense of the four forts in New Netherland and one at Curaçao, we consider that the garrisoning of the first four requires 100 men under the command of sub-officers, as the country is at peace; 12 soldiers only need be sent to the last place under a commander at low wages.

To carry out the above, we judge the sum of f [ blank ] to be necessary. As the respective Chambers might consider this amount burdensome, it must be decided whether it shall be raised on interest at 4 per cent, pledging for both principal and interest all the effects and returns coming thence, together with the whole territory still belonging to the Company, and not conveyed to colonists; and especially the island of Manhatans.

As the islands of Curaçao, Bonaire and Aruba have been found for many years to be only a burden to the Company, not producing any profit, we have, therefore, considered whether it would not be well to request permission of the supreme government to give up said islands; but if such were not feasible, it would, in our opinion, be best to permit every one to establish colonies on said Islands, to distribute and concede the land free of rent, and to allow all to cut Logwood on paying a duty of [  blank ] ; that every one, no matter of what nation, shall be at liberty to bring from said island, as many horses and as much salt as he may think proper on payment of duty, namely, for the horses f [ blank ] per head; and for each last of salt f [  blank ] ; provided neither horses nor salt be conveyed to any other place than New Netherland.

As for the last-mentioned country, we consider little or no change necessary in regard to colonists who have planted colonies there already, but to permit them to enjoy the freedoms granted on the [  blank ] in the year 1630.

But as those colonists formerly complained that they were not allowed to export the products of their lands for their own benefit beyond the territory of New Netherland, they were permitted to export such produce in their own ships to Brazil, on condition that they should not return thence to New Netherland again with any Brazilian products.

This should in our opinion be enlarged ; so that said Traders on disposing of their produce and crops in any of the Company’s districts, shall be privileged to come back with their ships and returns to the place whence they sailed, on condition of paying the duties to be imposed thereon.

Also, that the Inhabitants of New Netherland shall be at liberty to purchase Negroes wheresoever they may think necessary, except the coast of Guinea, and bring them into New Netherland to work on their bouweries, on payment of a duty of f [  blank ] per head.

We should above, all things consider it necessary to provide ways and means; we are of opinion that permission should be obtained from the magistrates of some provinces and cities, to take from the alms houses or orphan asylums 300 to 400 boys and girls of 10, 12 to 15 years of age, with their consent, however, and that their passage and board could be procured for f 50 or f60 per head. With that recognition a large ship might be chartered, suitable for the conveyance of horses and salt from Curaçao and afterwards return hither with a cargo oflogwood. Itmust be, further, declared that said children shall not remain bound to their masters for a longer term than 6 or 7 years, unless being girls, they come, meanwhile to marry, in which event they should have the option of hiring again with their masters or mistresses, or of remaining wholly at liberty and of settling there, on condition that they be allowed so much land as the director shall consider it proper each should have for the support of her family, free from all rents and exemptions for the term of 10 years after entering on such land; but the inhabitants shall have, after the lapse of the aforesaid term of years, the tenth of their incomes.

Now, it will be in the highest degree necessary, to endeavor some settlement of the boundary with the English on any terms whatsoever; and as no opportunity might offer for the negotiation of any boundary line either in the name of king or parliament, or of existing powers, in consequence of violent interruptions in the government of England, we should not deem it unwise to empower the director to agree provisionally, with our neighbors the English on some line of boundary, for which they themselves have made overtures, subject to the approbation of each of the principals.