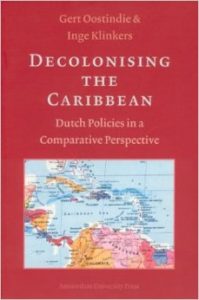 For over two centuries much of the Caribbean has been embroiled in heated,and initially violent, decolonisation. One may well date the beginnings of the process to the first recorded retreats of European colonisers, the conclusion of the eighteenth century peace treaties between the British and the Maroons of Jamaica, and then between the Dutch and the Maroons of Suriname – struggles for freedom which were, however, inconsequential in post-colonial history. So, Caribbean decolonisation formally began with the 1791 Haitian Revolution. With this seminal event came the dawning of a new era. Constitutional sovereignty was subsequently secured by the Dominican Republic (1844) and at the start of the twentieth century by Cuba (1901). Both were late in securing sovereignty by Latin American standards.

Whereas the three most populated Caribbean countries had now gained independence, the rest of the region remained firmly locked within colonialism, either dependent on the traditional metropolitan powers, the United Kingdom, France and the Netherlands, or usurped by the ascending power of the United States. At the outbreak of World War ii most Caribbean territories were still bound in colonial tutelage.

A new wave of decolonisation swept the region in the 1960s and 1970s. Today most of the Caribbean is sovereign and some 85 per cent of the 37 million Caribbean people live in independent countries. However, it appears that independence was achieved at a high price. In general terms, standards of living in the non-sovereign Caribbean are significantly higher than they are in the independent countries. Furthermore, in a region that has witnessed many dictatorial regimes and territorial disputes, and which
now faces the contemporary challenges of international crime, the remaining non-sovereign territories still continue to enjoy a higher degree of security and stability. Small wonder then that the urge for independence in these territories is weak, and indeed it seems that Caribbean decolonisation may well have reached its final dénouement with the present status quo.