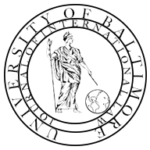 Introduction
Whether you are a Christian or not, you cannot deny the truth of the proverb “[a] brother offended is more unyielding than a strong city, and quarrelling is like the bars of a castle,” especially when you study the constitutional relationship between the Netherlands and its former colonies Aruba, Curacao, and St. Maarten.

The Netherlands, Aruba, Curacao and St. Maarten are four countries that together constitute the Kingdom of the Netherlands. These countries feel so wronged by one another that emotions often take over. In July 2014, for instance, the Prime Minister of Aruba desperately went on a hunger strike because he felt that the autonomy of Aruba had been illegally infringed upon as the Kingdom Government ordered the Governor of Aruba not to sign the country’s budget. The reasoning behind this order was in response to an opinion of the Kingdom Government that the debt had grown explosively and that this budget aggravated the problem. Subsequently, the Prime Minister of Aruba believed that the dispute settlement procedure between the Kingdom, ‘central’ (predominantly Dutch) government, and ‘local government’ was useless.
He felt that the Dutch government would be overrepresented in this procedure, and he was afraid that the Dutch government would maintain its stance.The Dutch government urged for reasonableness.

Although the ‘Aruban matter’ has now been resolved, this case demonstrates the seriousness of the debates on the interpretation of the Charter, especially with regard to the division of competencies and power between the Kingdom government and the governments of the respective countries.

These conflicts have, of course, a history and the underlying emotions go deep.
Today, the deadlock in the Kingdom’s relationships is marked by the absence of an independent dispute settlement procedure, notwithstanding the agreement between the four countries to establish such procedure on the Kingdom’s level.
For a long time, the Netherlands defended the stance that they should be able to ultimately overrule the Caribbean countries; the Netherlands feels that given that it is the largest partner (ca. 17,000,000 inhabitants), its policies must not be overridden by the interest of a Caribbean country which represents either ca. 35,000 people (St. Maarten), ca. 100,000 (Aruba), or ca.140,000 (Curacao).

The Caribbean countries argue their right to self-determination, which means they cannot be overruled in the event that the law is applied incorrectly at the expense of their autonomy.
Of course, we do not argue that The Netherlands insist on being able to breach the law when it wants to enforce its policy. However, even if all parties would agree that only disputes about the interpretation of the law could be litigated, one must note that the line between law and policy is thin. Is interference with national budgets based on constitutional norms a matter of law or policy? Consequently one might wonder if litigation would be the answer to resolve this highly emotional issue and whether it could solve the underlying conflict.

In this paper, we propose a different approach to resolve this problem inspired by the South African Constitution, which focuses on cooperation.

Section 41, subsection 3 and 4 of the South African Constitution reads:
3) An organ of state involved in an intergovernmental dispute must make every reasonable effort to settle the dispute by means of mechanisms and procedures provided for that purpose, and must exhaust all other remedies before it approaches a court to resolve the dispute;
(4) If a court is not satisfied that the requirements of subsection (3) have been met, it may refer a dispute back to the organs of state involved.